This is a shed in the bush. It attempts to express in unromanticised terms the industry about it.

This winery building for Devils Lair is set in idyllic surrounds among rolling vine planted hills and on the edge of a large man made lake. I chose to site the building inside a large quarry in the hill that had already been made to construct the lake. This scarring of the natural landscape was a prompt to install further human intervention within it thereby avoid further damage to the surrounds. Furthermore it was level and advantageously positioned overlooking the lake.

The winery building attempts to engage with and express wine making in Australia today – as a highly technical and industrialised process, far from generally accepted romantic notions. The winery deliberately avoids rustic imagery, instead responding to and expressing the process at hand in a straight forward manner.

The enclosure and process installation merge together, so that it is difficult to distinguish between where one stops and the other starts, enabling an expression of the continuous process of wine making.

The building is a simple form without any windows, except for the administration area where the entire end wall facing the lake is glazed, it has a south light roof profile to accommodate duplication as expansion requires. The corrugated iron cladding typically used for shed structures has been adopted and is applied vertically and horizontally in contrasting colours to characterise the distinct lower dado and upper volume zones.

As an object in the landscape it is simple and restrained despite all the technology for what is after all a farm shed. 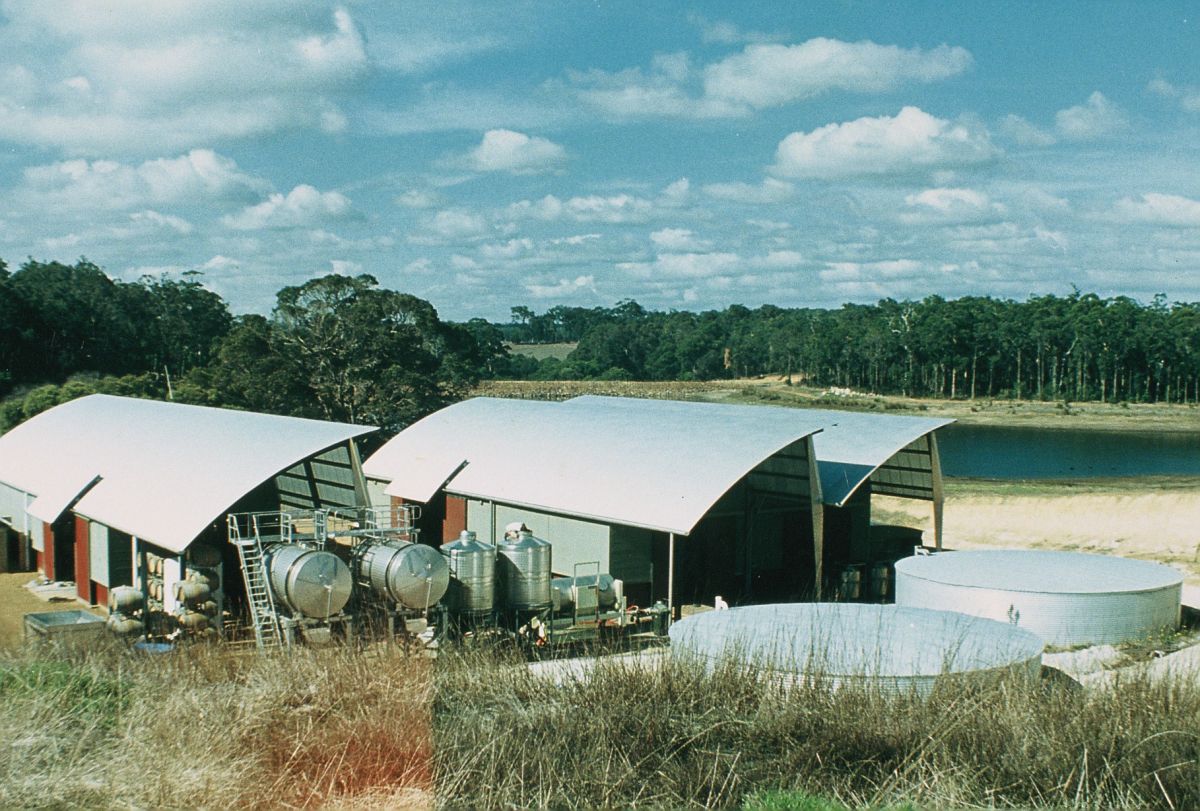 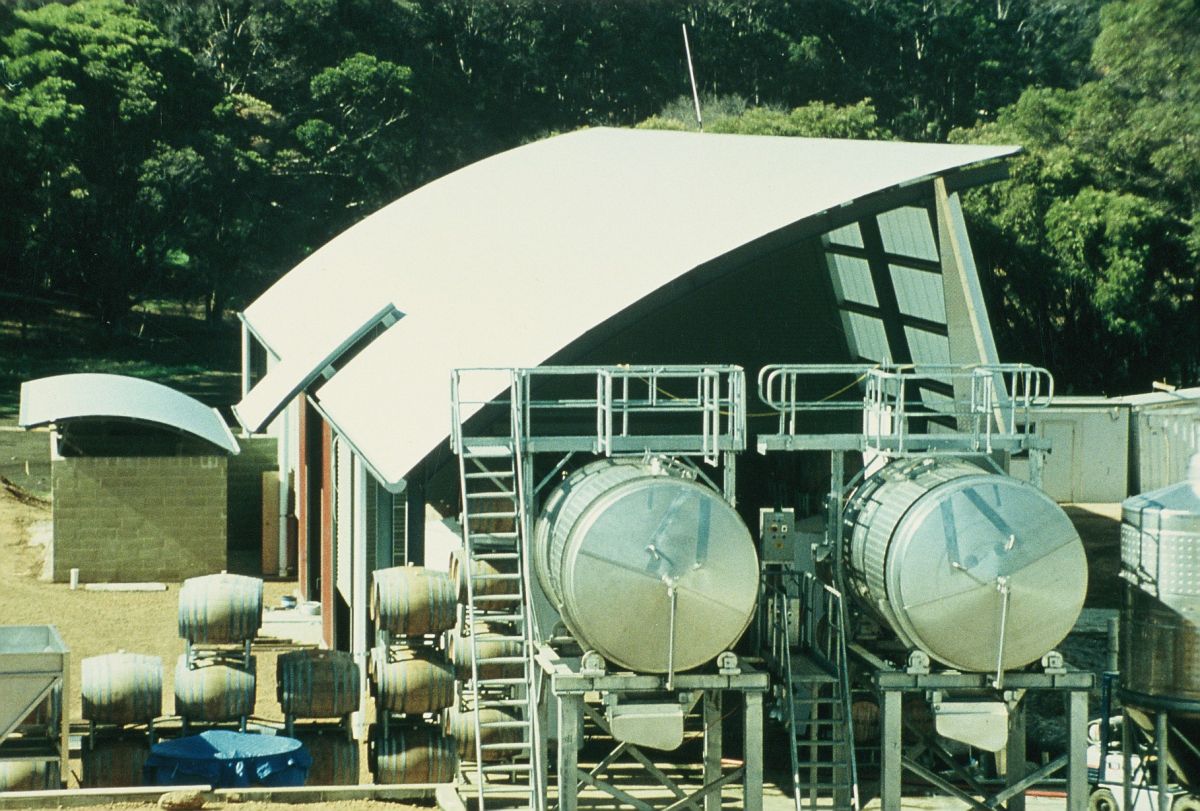 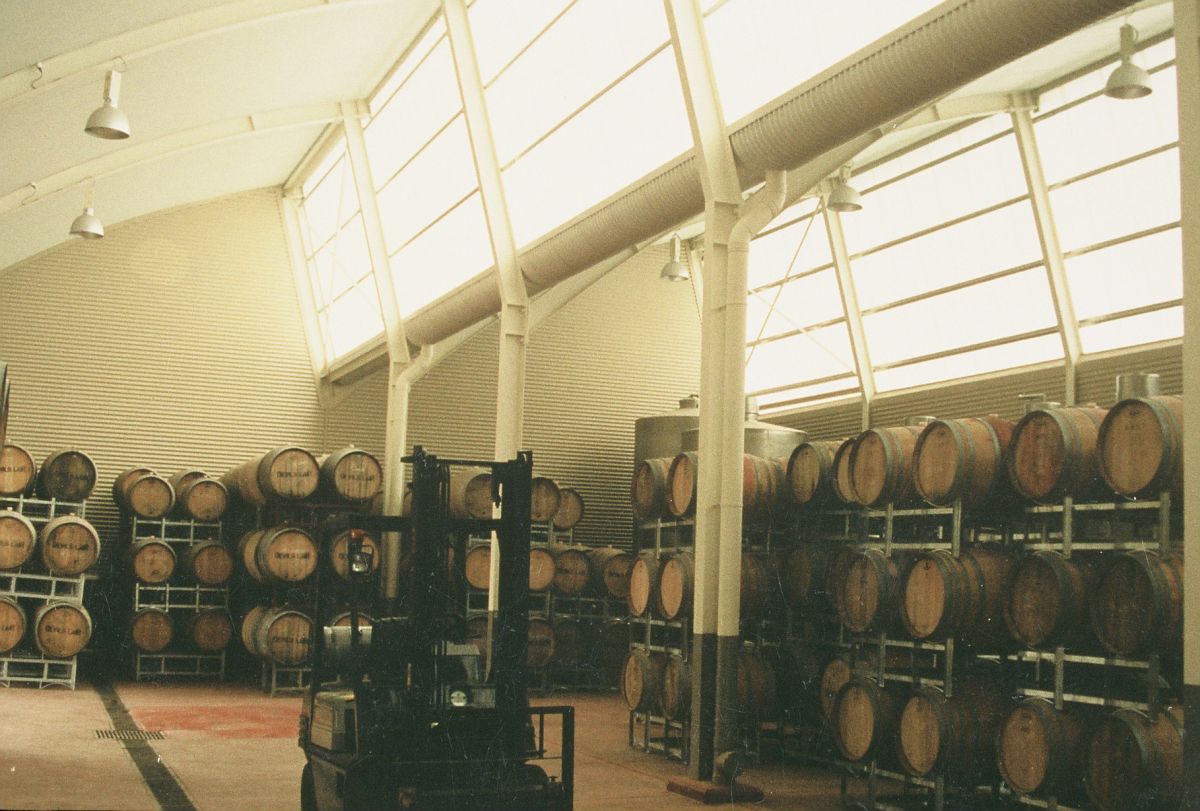 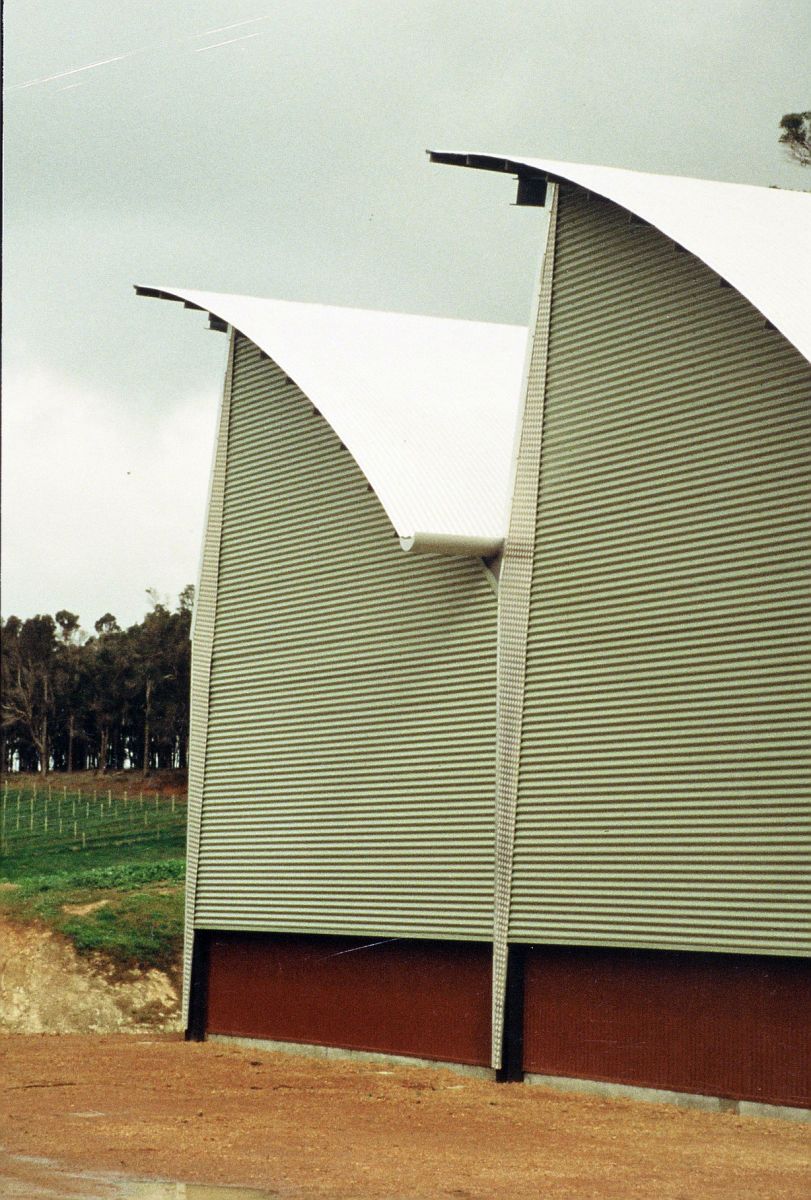