A small apartment building within a tightly controlled heritage precinct. Divergence between the relationship with its neighbours and my expectations of contemporary interior spaces, lead to partial separation of the internal skin of the apartments and the street façade.

The two skins individually manipulated to satisfy their role, while defining an engaging threshold quality in the intervening space.

“These interiors are an ingenious piece of space-making: the plan deformed with a sort of freedom that comes from building within a shell, allowing the interior to operate as an almost separate entity from its container.……Michael Patroni has managed to wrestle with some impressively resolved ides within a convention of West End warehouse office forms and minimalist means. This building is a powerful reminder of how the contemporary can fuse productively with the conventional and produce strong, uncompromising architecture.” Geoffrey London -The Architect 1995 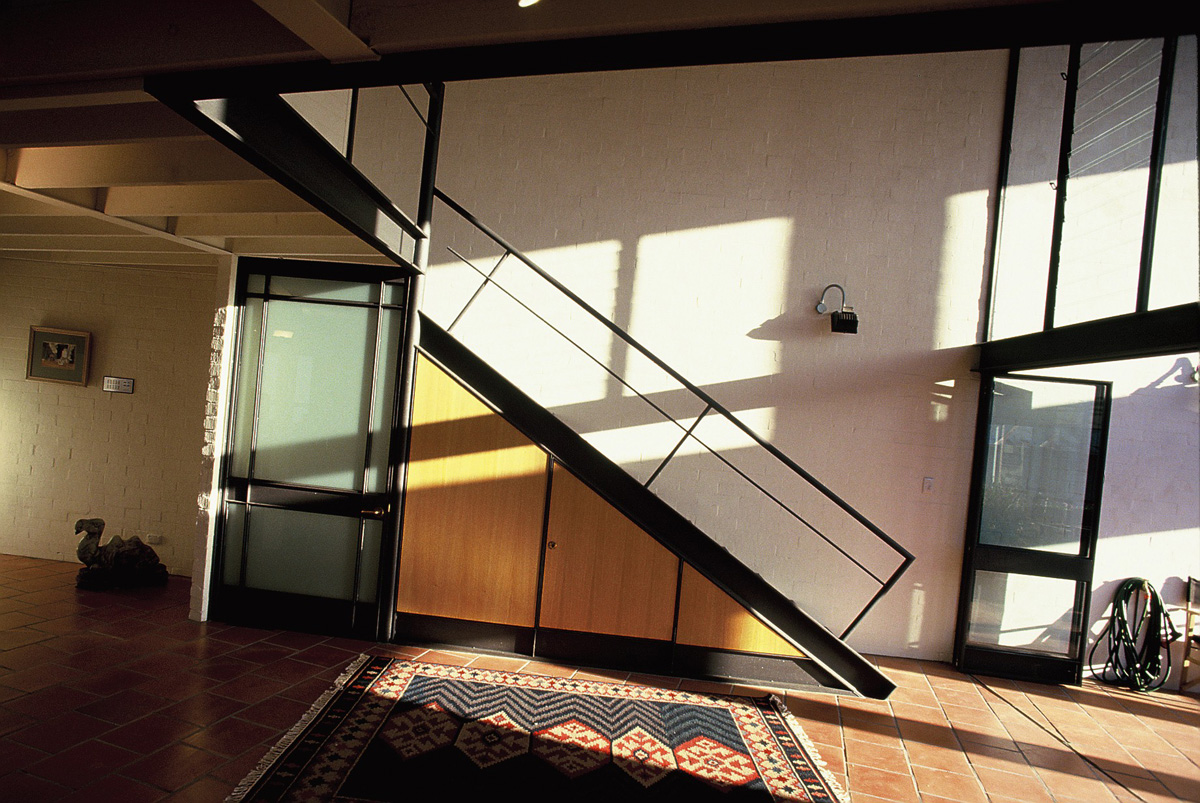 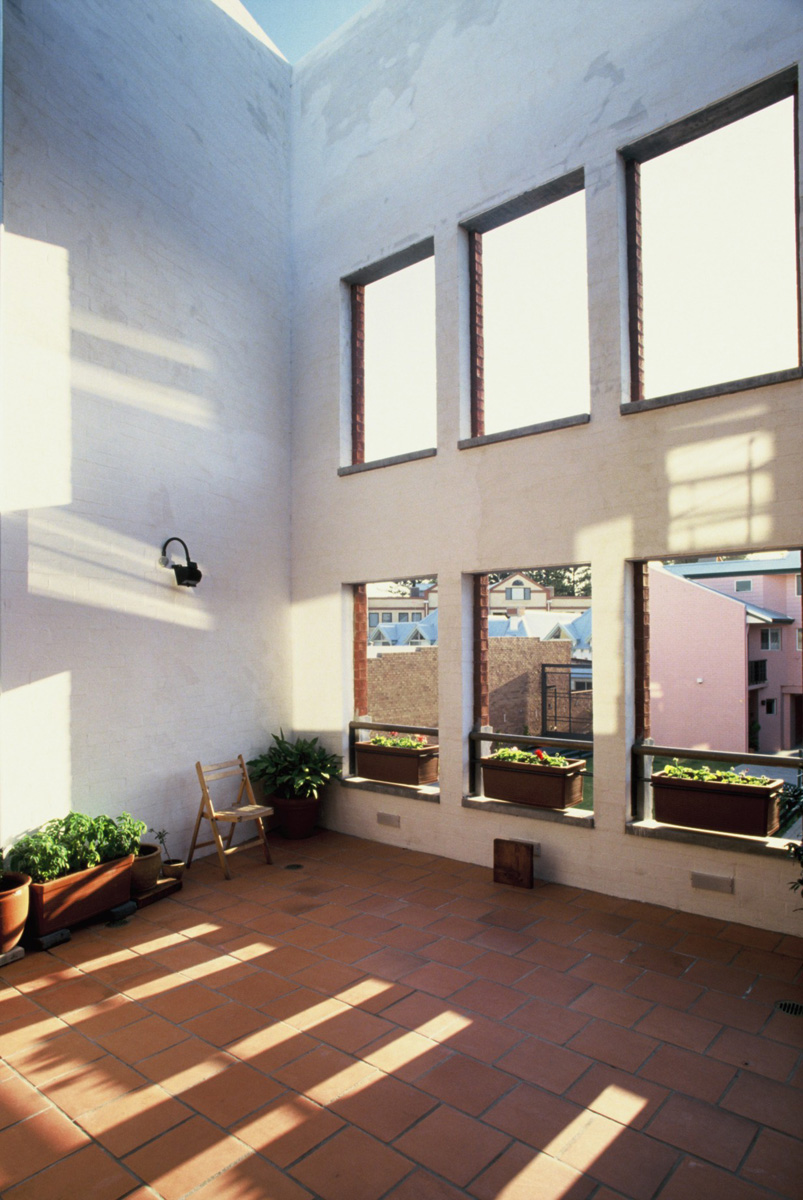