A residential conversion of a large 2 storey, industrial building with 3 boundary walls. As with the Queen’s Hotel: subtraction was the primary design strategy, creating a full height vertical penetration within the building volume. A new fully glazed internal skin separated from the boundary wall introduces light and air to the formerly dark interior.

This separation of internal skin and external facade to create a private threshold space was to influence other projects that followed.

“A quite revolution has been going on in the metropolitan area of Perth thanks to the work of architect Michael Patroni. Commissioned by the boutique brewery, Matilda Bay, he wrought wonders with the restorations of two of their hotels. Both the Queen’s Hotel in Mount Lawley and the Sail and Anchor in Fremantle brought a totally new concept to the hospitality industry, changing the traditional pub image and giving patrons visual delight and new aspirations. So it’s not surprising that a young couple in their mid-30’s commissioned him to create a New York warehouse in which to live. ”

“…indicates the entrance to a paved courtyard alongside the high boundary wall, and to the main entry with the sudden dominance of steel and glass. This is the very essence of Michael Patroni, giving a new and unexpected visual experience while fundamentally inserting the warehouse with natural light.” Barbara Taylor-Interior Architecture- Issue32 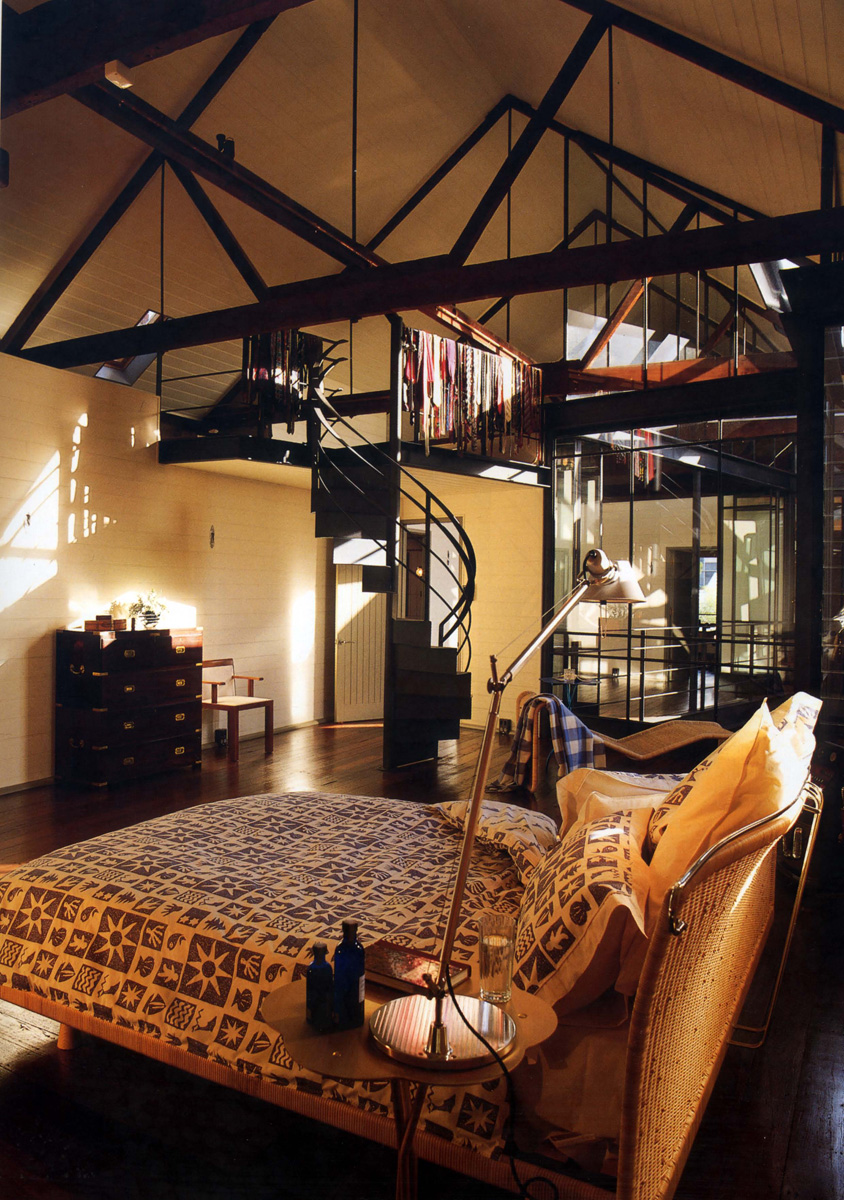 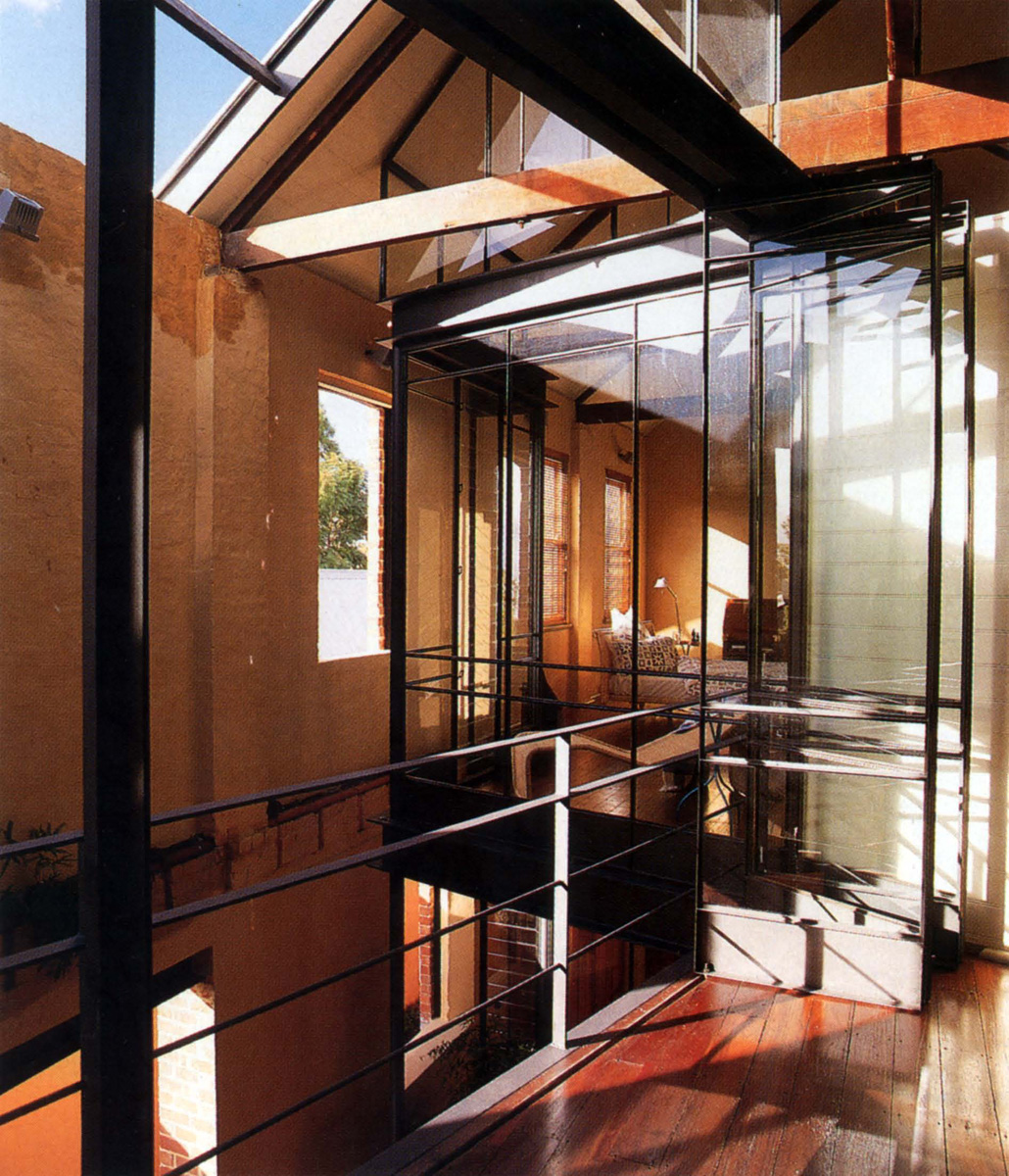